Vermont is a scenic paradise! The beer is not bad either...


It was with some tongue and cheek qualities that I write that headline for this blog posting, if somewhat late after the fact.   Anyone who put the words Vermont and beer in the same sentence should already know that it's one of the biggest beer destinations in the country if not the world.

I had in mind a plan for a vacation, or as I like to call them beercation, in early August.  In my travels I always like to involve good food and drink and I made the effort to spend a bunch of time doing that.  The other part was to do a bunch of cycling, hit the trails, work off the beer gut, and drink as much incredibly good beer as I could.

I would like to report that I succeed heavily... aside from maybe the gut thing...

First lets talk about the cycling and what Vermont offers for it.  In three words scenic pure beauty.  The second part is something I discovered and really respected.  Big inclines... fast down-clines, and thin air because of high altitudes.

In short if you are a flatlander (one of the good ones) like me showing up it's quite a challenge, but the views are all worth it.  I was staying in the Waitsfield VT area which is in the center of the state, and came across a website that offered many central trails and routes as ideas for rides.  It's this one here: Central VT bike routes .  With that I set off excited, but realized I was in for a real challenge.

I did a simple Berlin pond loop earlier and noticed that my crossbike (I have named her Cynthia), could do well, but the gravel and bumpy roads and thin air was doing a number on my lungs.

By the time I headed to East Montpelier it was evident that taking breaks was gonna have to happen. The good thing is there are plenty of reasons to stop and just take in the vistas, if not to pick your spleen off the ground from the tough climbs.

Summer in Vermont is just unbelievably scenic.  The hillsides exude green spaces like no other, cascading with backdrops of the mountains,  Crystal deep blue skies accent it in the middle perfectly, rolling vistas and a blue green sandwich combine for incredible views.  There are no distracting billboards, there's even very little litter as well.  It is unspoiled and feels completely untouched.

By the time I made it to Barre for my highest ride though I thought I was going to die.  Strangely on these bike tours I was doing, I saw NO other riders doing them.  Two wheeled riders, cyclist and motorcyclists are everywhere in Vermont.  For a motorcycle rider, you have numerous twisties and little cars.  For the cyclists the same appeal.  Many of the main highways are just easy enough to ride on with no fear of getting hit.  It just seemed when I went off road.. I was alone, and I thought... am I crazy enough to do this shit?

Still there is something to be said to be stuck in the middle of nowhere overlooking the mountains, and nobody to be in your way.  It does feel like you have it all for yourself.  The rides in Barre, Montpelier, and Norwich were hard, but there is plenty of simple riding to do just on the main roads.

One of the popular and most impressive is a trail that was part of an old discontinued railroad bridge that cuts right down the middle of Lake Champlain.  The Island Line Trail, is a trail that actually goes right in the middle of Lake Champlain, it's all flat, and is like riding on the middle of a wide open lake surrounded by the Adirondacks on one side and the Green Mountain range on the other. This is also a real easy trail if somewhat long, you don't have to be a serious rider to do it, as I saw many families and their kids taking the scenic ride.  Simply flat out stunning views and scenery.

One of the biggest draws in Vermont is that it contains some of the most highly rated and sought after IPAs in the country, mostly from brewers like The Alchemist, Lawson's Finest Liquids, and Hill Farmstead just to name a few.  Take one of the most popular beer styles and stick it all in one small place and you don't just have beercation... you have beer nirvana for some.

After much research I decided I was going to stay in the Waitsfield area to be near Warren which contains the Lawson's brewery.  It is also not far from many trails, and gives easy access to the towns of Montpelier and Waterbury for more beer choices as well.

Beer hunting is fine, but there's ways to go about it than just spending a bunch of time waiting forever in line, or chasing hyped (depending on your opinion) beers.

It was evident that after a few days there was more than enough great beer to go around.  I do like IPAs, but I am not crazy or obsessed with them as some people are.  However, due the styles popularity and the demand for the ones that come from many Vermont brewers, IPAs dominate the landscape.  Good news.. they are excellent.. bad news.. you want something else your choices are really limited.

Still there's plenty of ways around this.  One place I have liked often and visited in the past was Hill Farmstead, mostly because of their saisons.  I went and visited to pick up a few bottles, but also realized going to this packed brewery was not always the most convenient way to try some of their beers sometimes.  Still you can't beat the views and quiteness somedays.  Their beers are all over restaurants and bars in the area.  If you really want to try their beers, don't go to the brewery, just go to the plenty of places in nearby towns and cities and check out their taplists.  You'll save yourself some time.  Another place I discovered that made great beer was Lost Nation.  They didn't just make solid beers, and some cans to take home, they made a variety of decent different styles.  They were a big highlight for me and I strongly recommend you check them out.

Nevertheless, the Hill Farmstead brewery has expanded and is in a great scenic area of Greensboro.  Sometimes the crowds can be a bit big, but one tip someone told me was to visit not too long before the close to avoid large crowds.

The Waitsfield area turned out to be more convenient than I imagined.  Stores and shops for delivery of Lawson's and Alchemist products were nearby, even after the early morning crowds left and took their cases home back across the border.

Same with restaurants as well.  The Mad Taco offers a fantastic tap list, and simple basic and well made food.  It's also dirt cheap as I feasted on Pork Belly tacos so much I practically overdosed on them.  Dining options in the area are far and few between, but manageable, and I found myself at Mad Taco often so much that I pretty much had just about everything on the menu.

More importantly was the fantastic place I stayed at called the White Horse Inn.

An amazing breakfast was presented every morning from a seasoned pastry chef.  Timely and clean rooms and excellent hospitality.

The chef bakes so much he leaves cookies and little nibbles all over the Inn for you to snack on.

Did I mention they also provided me a fridge for my beer cation needs?  I needed this more for the purchases at the stores I visited in the state and travels along the way than for the beers bought in Vermont proper.  Heck the White Horse Inn servers Lawson's and Alchemist beers to begin with!

More so Vermont offers everything you want in a beercation.  Spectacular beer, and spectacular scenery.. it's even better when you can combine it both. 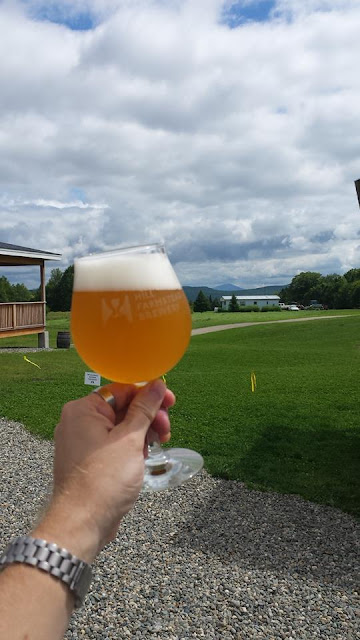 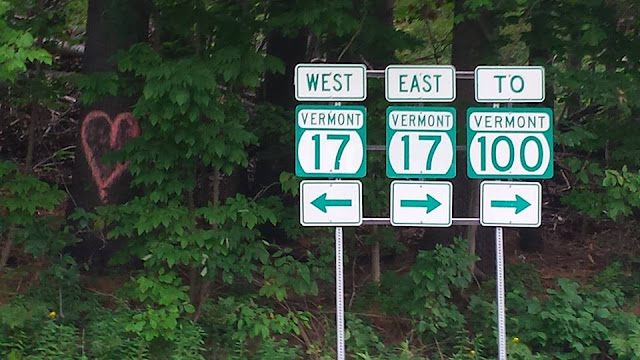 Imbibe Hour
Washington, DC, United States
I am an honest man... who loves good drink. The purpose of this blog is to chronicle the travels and joy of imbibing. I have been enjoying wine, beer and spirits for over two decades. For beer I am a fan of many styles mostly from craft producers. I review beer on beeradvocate.com, my reviews are under the user name smakawhat. I am also a big bourbon whiskey fan. I am a cocktail purist and aficionado of spirits. I love wine to death. I gravitate to mostly new world wines than old, but enjoy just about anything. I gravitate toward bigger reds but enjoy a wide variety and will try every wine imaginable that I can. And of course also enjoy good cuisine, whether it's made in a 5 star restaurant or good old comfort food from a stand. So long as it is good. I grew up watching cooking shows, and cooking programs before it was "trendy", working on absorbing Julia Child, Jaques Pepin, and a heavy dose of Martin Yan and Jeff Smith. As Food TV emerged Chen Kinichi probably became my secret underdog hero. Life is too short, to drink crap. Cheers to you all!

Restaurant and other Yelp Reviews